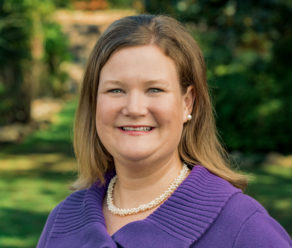 Dr. Shands earned a BA (2002) in Elementary Education from Furman University an MS (2006) and a PhD (2008) in Psychology from the University of Memphis. She completed an American Psychological Association (APA) accredited predoctoral internship with Lewisville Independent School District in Lewisville, Texas in 2007-2008 and a post-doctoral fellowship at Clarity in 2008-2009. Prior to returning to Clarity in 2015 as a psychologist and becoming its Executive Director in 2017, Dr. Shands worked as a school psychologist in Greenville County School District for six years. In addition, to being Clarity’s Executive Director, Dr. Shands is a Licensed Psychologist and nationally registered Health Service Psychologist who specializes in evaluation and diagnosis of neurodevelopmental disorders, including autism spectrum disorder, attention-deficit/hyperactivity disorder, and specific learning disorders (such as, dyslexia).

In her free time, Dr. Shands enjoys spending time with her  husband, Joey, and two elementary school age boys, Cates (10) and Will (6). Together, they enjoy camping and hiking. She also loves watching college basketball (Go Tigers Go!) and reading.

Get to Know Clarity